Ms. Minto has handled corporate and litigation matters related to Alacer Corp. which owns the Emergen-C packets that it is so well known for. This litigation shaped her early years in complex trust and estate matters, having numerous cross over issues including corporate control and complications arising out of a marital dissolution proceeding that started many times but never was completed. She attended many contentious board meetings representing Ms. Ymelda Patrick, the co-owner of Alacer Corporation who was a Director and a shareholder of Alacer, during the course of protracted litigation over management and control of the business which had gone from a small garage start-up to a multi-million dollar corporation by the time Ms. Minto represented her. After the litigation concluded this successful company was acquired by Pfizer.

The Story Behind the Litigation

Jay founded Alacer in 1972. He met plaintiff, Ymelda Patrick, in 1975. They married in 1988.  Jay transferred all Alacer shares to his own revocable trust in 2000. The trustees were Jay, plaintiff, defendants James Turner, Thaddeus Smith, Ronald Patrick, and another person who later resigned. He later amended his trust, in an attempt to cut out his wife from inheriting more than 46% of Alacer Corp. and only if she was “entitled” to it under community property. Years of litigation ensued after Jay died in 2003.  Thereafter, the trustees elected themselves to Alacer’s board of directors.

This opinion is so important to corporate matters, trust law and family law because the court held that Ymelda and Jay both devoted substantial time and effort during their marriage to creating Alacer’s vitamin supplements and developing its business.” (Id. at p. 1011.) If true, we held “plaintiff may have acquired a community property interest in [Alacer] through their alleged joint devotion of time and effort to it during their marriage. [Citations.] Plaintiff alleges the increase in value of the Alacer stock, in excess of that attributed to a fair return on her husband’s original investment, is community property. And the Trust directs the trustees to satisfy this community property interest by transferring Alacer stock to plaintiff. [¶] . . .While the Trust may be the only record shareholder, plaintiff’s alleged community property interest in Alacer, if true, essentially makes her an unregistered Alacer shareholder.” (Id. at pp. 1011-1012.)

Once the court determined the property was community property but that the increase in value was due to efforts and not investment, the case pivoted in favor of Ymelda. The fair return on Jay’s separate property investment in Alacer before the marriage was about $530,000.

Alacer’s value at Jay’s death in 2003 was just under $7 million. And the court rejected plaintiff’s expert’s reliance on a 2006 bank valuation that led to results that “fluctuated wildly”—$19 million (low end), $73 million (high end), $46 million (initial average), $30 million (“corrected” average). Besides, plaintiff’s expert has also used the “capitalization of excess earning” methodology to value Alacer at the date of marriage. Adding “the value of Alacer business assets using the excess earnings method” and “the value of non-income producing assets” yielded a total value of just under $7 million. Deducting about $530,000 for Jay’s return on his separate property investment left a community interest of just under $6.5 million. Plaintiff’s 50 percent share of the community was just over $3.2 million. However since this case took years to litigate, with several appeals furthering the delay of justice for Ymelda, she received interest on her community property allocation. While Ymelda ended up receiving about 7 years of 10% interest on the award, the court found that she was not ultimately a shareholder who could sustain a shareholder derivative suit and that her community interest was not sufficient to make her a shareholder.

For more detail on the legal matters litigated in Patrick v. Alacer please click on the link below. This is a prime example of how Ms. Minto delved into complex and high profile cases that straddle the worlds of probate and business law on behalf of her clients. Moreover, dealing with estate planning in the context of a marital dissolution takes a certain level of expertise to ensure your children and heirs do not buy into a lawsuit the minute you pass away. The language of the trust matters.

Additional information about valuation of businesses and community property rights is available from the attorneys at NM Law. They concentrate their practice on trusts and estates and business transactions. They offer assistance with contract negotiations, succession planning, acquisitions and sales, and other matters related to business formation, operation, compliance, and taxation. Contact NM Law today at (949-253-0000) to schedule a consultation with one of our business attorneys.

How To File Your Statement Of Information

For many people, pets are considered full-fledged members of the family. In some instances, where a person outlives his or…

No matter how your company holds its meetings, whether in a luxurious conference room or in the breakroom over a…

Like estate planning, succession planning is best done ahead of time. The point when dad can no longer take care…

What happens if someone dies without leaving a valid will? Dying intestate means someone died without a will. In this…

Trusts are desirable estate planning methods because they put you in control of your assets after you die. Trusts enable… 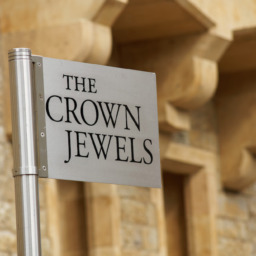 If you’ve been named as the beneficiary to a trust, are you entitled to the current proceeds from the trust…

If you’re a business owner, you have a million and one things to worry about…from payroll to printer toner. But…

What is a Contract? A contract is simply a written document which records terms of any agreement between two or…

Written contracts are the foundation of any business or business transaction. In order to avoid litigation issues, drafting professional contracts… 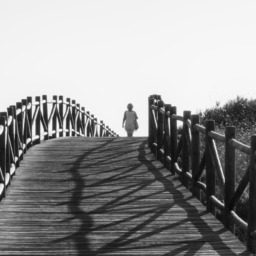 COVID-19 has put all of us on guard and has put some people in a state of outright panic. If…