Imagine leaving for an exotic vacation to a foreign country, the bags are packed and ready to go. As the taxi pulls up, a bell goes off as there is no pet sitter here to care for your pet for the week: a nightmare reminiscent of Home Alone.  As a certified crazy pet lover, always make a point to discuss planning for pets. Most clients initially find the idea ridiculous, as they picture a dog sitting on a red pillow with a butler waiving a palm frond for a gentle breeze. While certainly the attention would be well deserved, the reality is far from it.

The law has long viewed pets as mere property, something to be given rather than something to be cared for. Luckily, as law tends to do, this is changing. California Assembly Bill 2274 paved the way for Cal. Fam. Code §2605, which grants judges the ability to issue joint custody orders for pets. When it comes to trusts, it would not be a stretch to say that the trustee of a pet trust sits in a fiduciary capacity with the beneficiary pet. So, it begs the question, who speaks up on behalf of the pet? 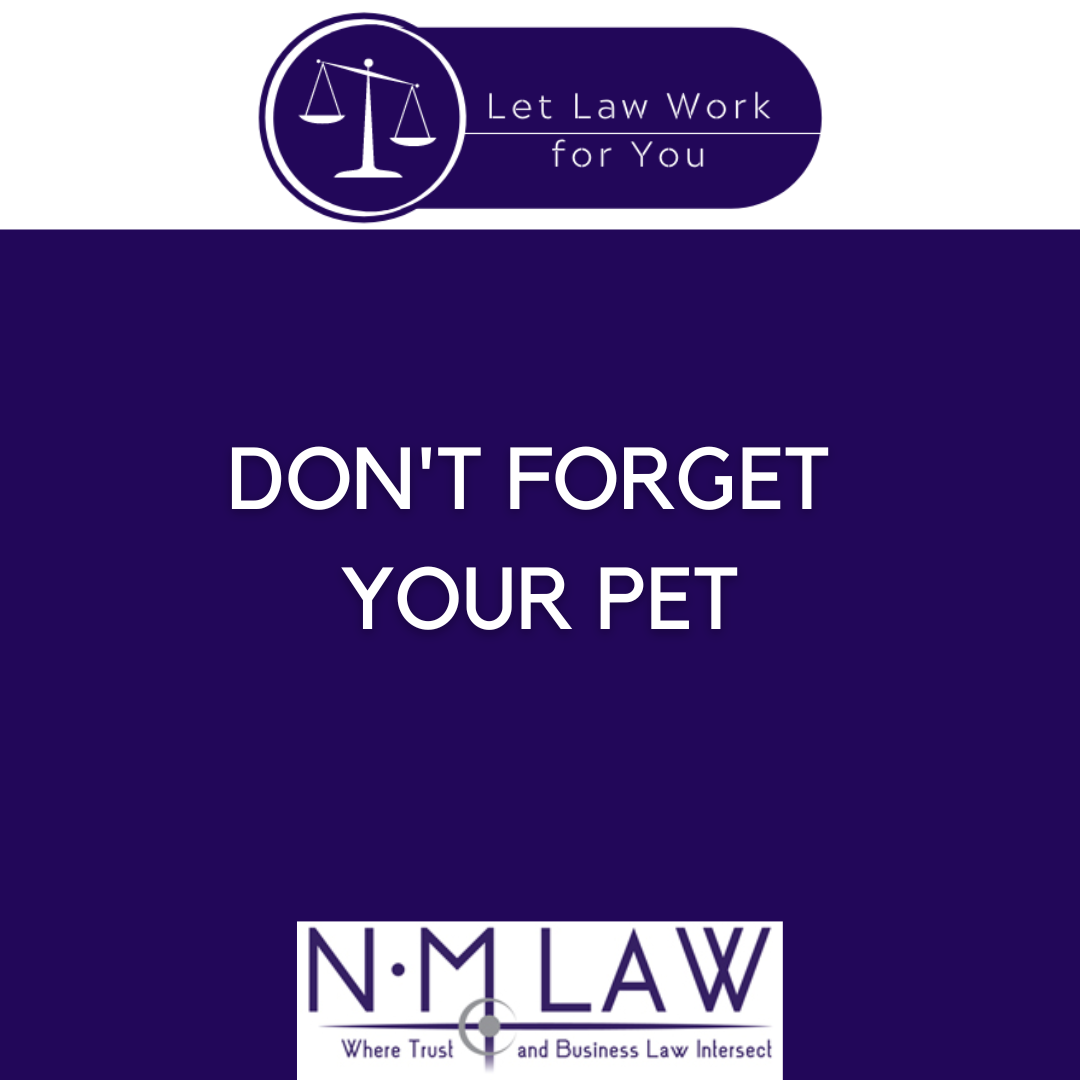 Cal. Prob. Code §15212 allows for the creation of trusts for pets within an estate plan, be it a will or a trust. The client’s next question is typically regarding the practicability of a pet trust, asking who would enforce it, who would administer the trust and the relative cost of such a provision. Clients often believe the trusts to be some mere precatory or honorary request, but this belief can be quickly dispelled, as it is an enforceable provision in which any interested party may petition the court.

Specifically, any successor beneficiary, person interested in the welfare of the animal, or nonprofit charitable organization that has as its principal activity the care of animals can petition the court may file a petition (Cal. Prob. Code §15212(c) and 17200 to 17211). Additionally, the same individuals have the authority to request access to the pet or the premises in which the pet is living under section §15212(f). They may have an interest in the trust which would provide them an incentive to do continued checkups, as after the pet passes, or if they are providing insufficient care, then they would be liable for the resulting damages as a breach of their fiduciary duties – owed to the pet.

Even in the event there are no interested parties caring for the pet or providing supervision, a court may always provide a third party to carry out the wishes of the client or provide oversight. While the idea of a dog being brought to court would surely make court much more interesting, their ability to testify on their own behalf would be limited, thus the likely result would be costly for issues of neglect.

The trust itself is only limited to the imagination of the client’s wishes, the cost, or the type of animal for which the client wishes to set up a trust under 14 CCR § 671. Thus, whatever the client wants, a trust may be set up accordingly.

Common pet trusts can merely be a sum left for a pet to be held in trust, with the pet often being cared for by the client’s children or other family members. A list of the veterinarians, a plan for pet health insurance, a favorite dog walker, a grooming schedule: it can all be planned for in the trust, with some provisions giving more discretion to the trustee. The ultimate goal of a simple pet trust boils down to filling the void left in a pet’s heart by its owner’s absence.

Pet trusts can be much more exotic as well, for example, providing a stable for a champion horse. Having a horse trot around in the client’s house may not be practical, so having a plan set out beforehand is necessary. Where will the horse be stabled, who will maintain the horse daily, under what circumstances should the trustee be allowed to euthanize the pet, or would the trust incentivize a beneficiary to euthanize the pet to gain more property. Each concern is valid, and every provision may have unintended consequences. That is why the pet trust must contain the pet’s voice, someone there to step up and provide the necessary assistance to ensure the pet can remain in comfort as they did during the client’s life.