Can I be Forced to Mediate My Trust Dispute?

Whether clients have been disinherited by the undue influence of an unscrupulous sibling, or an elder person has fallen victim of financial elder abuse at the hands of a caregiver, clients want their “day in court!” This is an understandable reaction, especially in probate and trust litigation where emotions run high and the anger underlying many probate and trust disputes reaches back for decades. Clients often have no interest in discussing alternative forms of resolution, especially at the beginning of a case when emotions are at their most raw. This can result in uncomfortable conversations between probate and trust attorneys and their clients.

Do clients have a choice, however, whether they mediate their probate and trust disputes if ordered to do so by a probate court? After the 2021 ruling in the Breslin v. Breslin case, the answer to this question is “no.” The Breslin case involved the estate of Don Kirchner. Mr. Kirchner died leaving an estate valued between $3 million and $4 million. He had no surviving wife and children; his only surviving relatives were nieces and nephews. 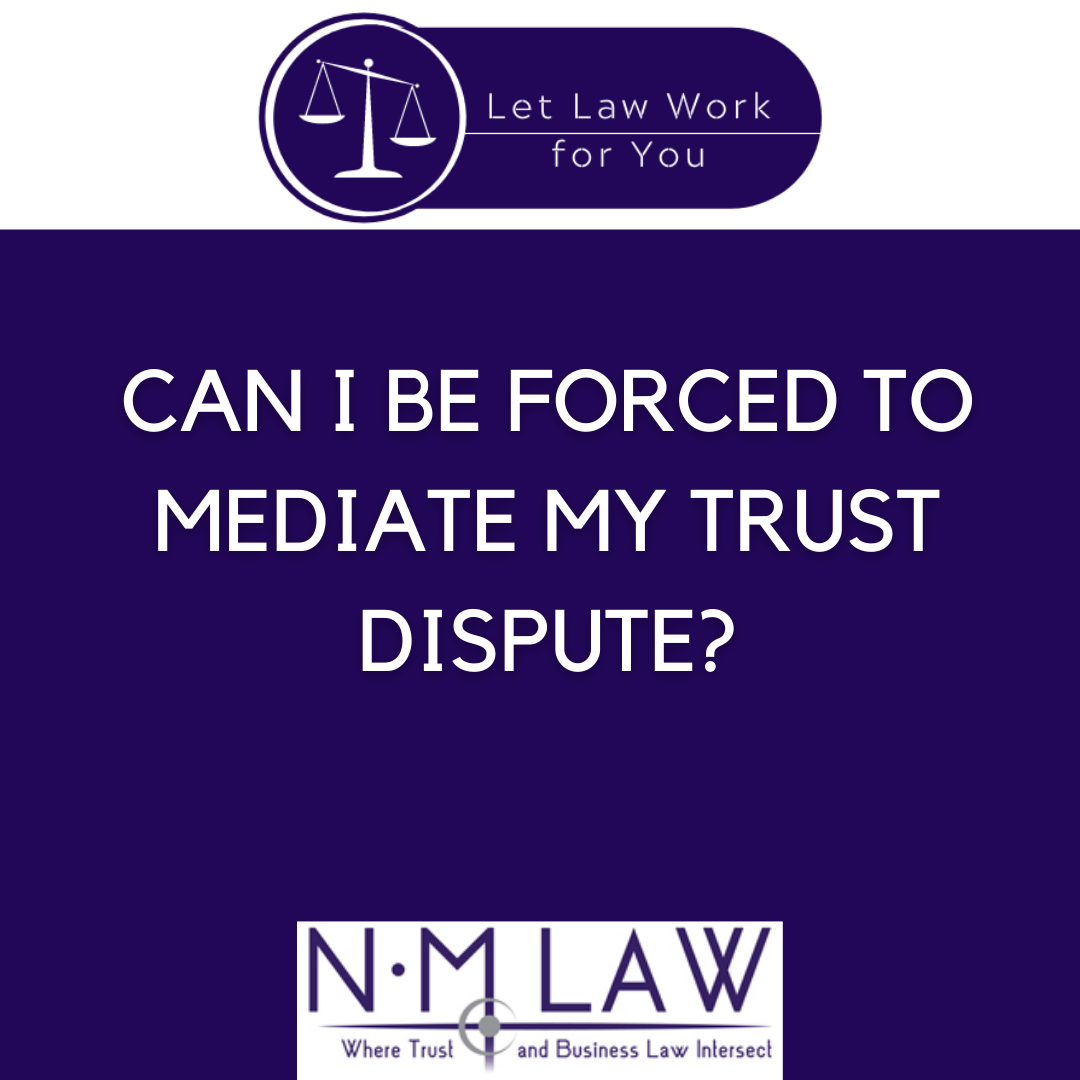 The trustee promptly filed a petition in the probate court to confirm these charities as the beneficiaries of Mr. Kirchner’s trust, and he provided notice of this hearing to each of the 24 charities. Only three (3) of the charities filed a response to the petition.

The Breslin decision is a controversial one. Critics resent the fact that probate courts have unfettered authority to force parties to engage in expensive private mediations as a condition of their right to have their day in court. The fact, however, is that Breslin and cases like Breslin expanding the powers of California probate courts are the new norm. Proponents of Breslin argue that probate courts in California are overwhelmed and understaffed. Thus, according to Breslin’s proponents, a probate court’s authority to force parties to mediate cases or risk losing their rights to their day in court is necessary to reduce the number of cases on a probate court’s docket.

The lesson to learn from Breslin v. Breslin is an important one, while a probate court does not have the power to force you to resolve your case at mediation, it does have the power to force you to try. Thus, while a client may not want to mediate if ordered to do so by a probate court, refusing to do so may have very serious negative consequences especially if they have a viable claim to a portion or all of a probate or trust estate.